Frederick John Negro was born to father Fred Negro and mother Winifred Negro in 1959 and grew up in Richmond where he discovered his love of drawing. By the time he was in primary school he had created his first cartoon called The Man with no Head. In 1975 he discovered his love of music and moved to the Melbourne beach side suburb of St Kilda where the underground Melbourne punk scene was just about to explode!

In 1979 Fred’s first band The Editions were formed, when drummer Fred Negro was having his hair cut at his flat in St Kilda. The band was a regular at St Kilda music venues such as the Prince of Wales Hotel (POW), The Ballroom and Bananas.  Fred Negro, who is also a graphic artist and cartoonist, did all of the artwork for the band handbills under the title Living Dead Grafix. His illustrations and cartooning style became an integral part of The Editions imaging and merchandising.  Fred Negro became infamous early in the band's history for trashing his drum kit at the end of each set and spitting over the singer's head into the audience. This was however problematic for some of the other band members!

In 1983 Fred went on to form the now iconic punk band I Spit on your Gravy who became one of the most well loved, if not notorious, bands in St Kilda, playing regularly at venues such as The Ballroom, The Grosvenor Hotel the St Kilda Inn, the Esplanade Hotel (The Espy) and the POW. Also in 1983 Fred Negro began doing the handbill graphics for St Kilda-based venue The Venue at the request of band booker Joe Gaultieri. In 1985 Fred became the cleaner at the Espy. During this time he was doing artwork for almost every venue in St Kilda including The Ballroom, The POW, The Espy, The Venue, The Grosvenor Hotel, St Kilda Inn. 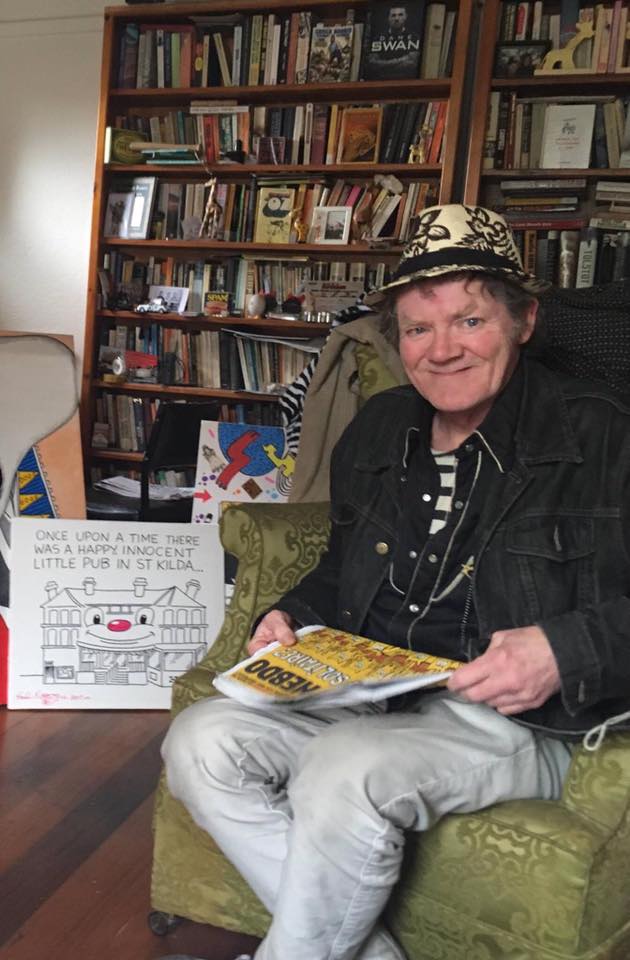